and you thought Bubble Tea couldn't get any worse

You probably already know that I don't have good things to say about Bubble Tea. Despite people assuring me that there are versions that aren't obscenely packed with sugar, I haven't found one. And the ridiculous price that one pays for a huge cup of sugar water makes it all that much easier to walk right past any Bubble Tea establishment.

However, there's been a bit of a Bubble Tea renaissance here in Germany, and in Munich in particular. So much so that McDonald's is getting in on the act. Take a look for yourself:

That's not at all racist, is it? He's supposedly Chinese, but he screams out 'Bubblezaiiiii...', which is a play on the Japanese Banzai Charge. So not only are McDonald's being insensitive, but they can't keep their inane stereotypes straight.

I know it's easy to get self-righteous about this organisation. The Golden Arches really do make themselves an easy target. If I ever do find a tolerable example of Bubble Tea, it won't be at McDonald's. I know they have plenty of customers, but I'm most certainly not one of them. 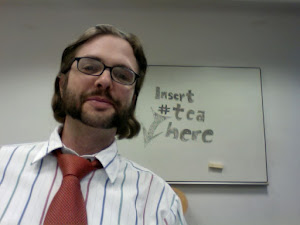